Mickey and Judy -- Together at Last 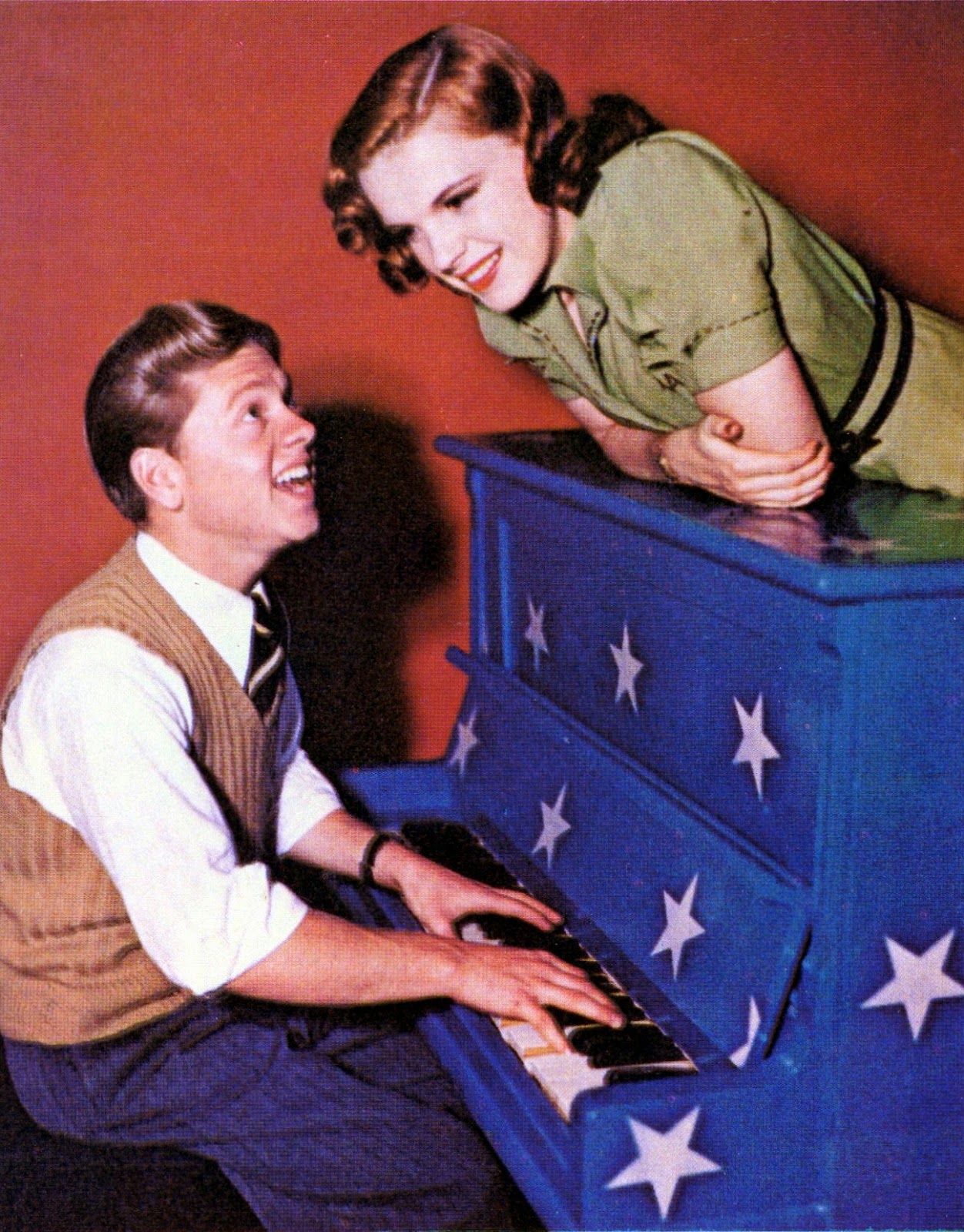 Another thread was broken this week that tied the 21st century to the Golden Age of Hollywood. This thread was a thick one, too. Unlike other child stars, including his contemporaries Shirley Temple and Deanna Durbin, Mickey Rooney didn't go gentle into that good night after a long retirement far from the limelight. No, he was working -- or planning to work -- right up to the end; his last credits on the IMDb are for the second sequel to Night at the Museum and (as both actor and composer) a forthcoming production of Dr. Jekyll and Mr. Hyde. Whether he passed away before contributing anything to those pictures remains to be seen, but even if he did, you need only go back to 2012 for his next credit (The Woods). He began performing in vaudeville at the age of 18 months. Yes, it's true: Mickey Rooney was the only movie star -- and surely there will never be another -- who could boast a 90-year career in show business.

Just about every kind of show business, too, except medicine shows, grand opera and ballet. Vaudeville, movies (and, in the 1930s, personal appearances to go with them), radio, television, Broadway (in Sugar Babies, which was a revival of old-time burlesque), you name it. At one time or another, people as varied as Cary Grant, Anthony Quinn, Tennessee Williams, Marlon Brando and Gore Vidal named Mickey Rooney as the best actor in Hollywood. Well, I don't know about the best actor, exactly -- competition there is mighty stiff -- but there can be little doubt that he was the most multi-talented person who ever stood in front of a movie camera. He could act, sing, dance, clown, and play piano and drums (among other musical instruments).

He also had a talent for getting married. Or, to be more precise, the one talent he lacked was for staying married -- at least until his eighth and last marriage, to Jan Chamberlin in 1978. (They eventually became estranged but never divorced, and she survives him as his widow.) He once joked that his marriage licenses were addressed "To Whom It May Concern", and said that "in those days you had to get married to get laid." (A reading of his 1991 autobiography Life Is Too Short shows that, in his case anyhow, that wasn't true.)

Ninety years in any line of work is going to have its ups and downs, and Mickey's life was turbulent. There were problems with alcohol, pills, gambling and bankruptcy. His Irish brashness wasn't always charming, and not everyone who worked with him cherished fond memories of the experience (Ann Miller was particularly bitter about Sugar Babies, for which both of them were nominated for Tonys). Through it all, he kept plugging away. He had to -- both psychologically and financially. Along the way he accumulated four Oscar nominations (two in his heyday, then two more after he was supposedly washed up), two special Oscars (1938, 1982), five Emmy nominations (one win), two Golden Globes, four stars on the Hollywood Walk of Fame, and that Tony nod for Sugar Babies.

Not to mention the entire cast of It's a Mad, Mad, Mad, Mad World. Plus, during his hungry days and among the more obscure of his 338 movie and TV credits, more unknowns, losers and nobodies than most of us have even seen. 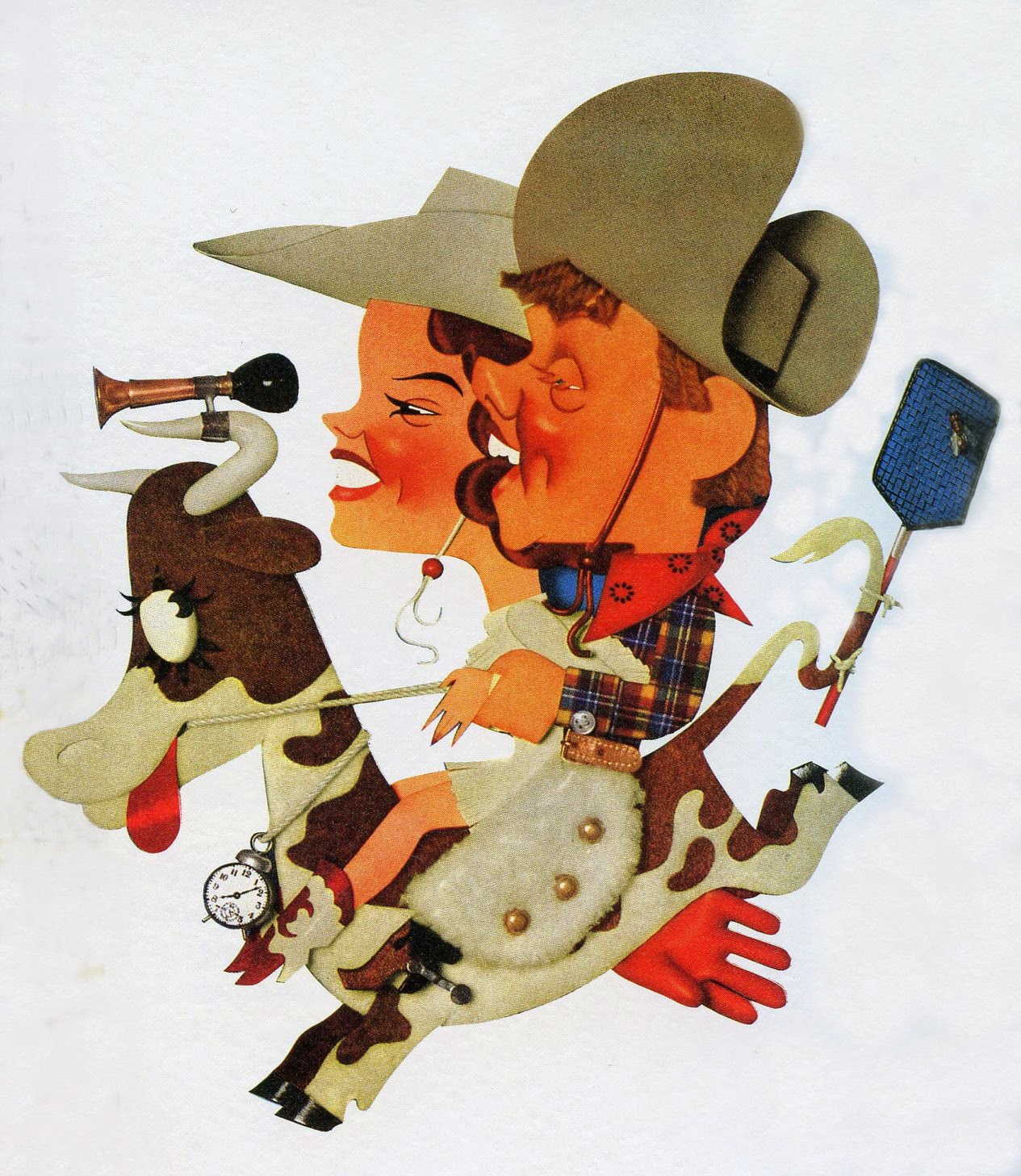 Plus, of course, Judy Garland.

In the late '30s and early '40s, when Mickey was the No. 1 box-office star in America, it seemed that the Andy Hardy pictures would be his legacy to movie history -- that is, it would have, if anybody had been talking about things like "legacies" back then. Certainly Louis B. Mayer thought the Andy Hardy series was MGM's (and his own) greatest achievement, and it was Andy that won Mickey that first special Oscar, "for bringing to the screen the spirit and personification of youth".

Well, time and changing tastes have rubbed some of the bloom off Judge Hardy's family. In fact, the rub started early: the last Hardy picture, in 1958, was a flop. Now, with hindsight, we can see that the high point of Mickey's epic career was his screen partnership with Judy Garland. Most of all, there were the four Mickey-and-Judy musicals they made for Arthur Freed, the ones where the rallying cry was "Hey, kids, let's put on a show/form our own band/stage a rodeo!" First came Babes in Arms (1939), then Strike Up the Band ('40) and Babes on Broadway ('41), and finally, the best of the bunch, Girl Crazy in '43. (That's the one that inspired this multimedia rendering by MGM staff caricaturist Jacques Kapralik.) In addition to those, there were Judy's appearances in three of the Andy Hardy pictures (Love Finds..., Life Begins for..., and ...Meets Debutante) and a specialty number in 1948's Words and Music, with Judy guest-starring as herself in a duet with Mickey's Lorenz Hart to "I Wish I Were in Love Again". Finally, there was a nostalgic, wistful reunion on Judy's short-lived TV show in December '63. Every time, their teaming was nothing less than pure joy.


"Judy and I were so close we could've come from the same womb," Mickey once famously said. "We weren't like brothers or sisters, but there was no love affair there. There was more than a love affair. It's very, very difficult to explain the depth of our love for each other. It was so special. It was a forever love. Judy, as we speak, has not passed away. She's always with me in every heartbeat of my body."

That was in the 1992 TNT documentary MGM: When the Lion Roars, after Judy had been gone 23 years. It might have seemed like the musings of an old man in winter mourning a long-lost colleague -- except that Mickey had very similar words on the occasion of that guest spot on The Judy Garland Show thirty years earlier: "We've had a wonderful seven days together here," Mickey said at the close of the show, his arm around Judy's waist as she caressed the lapel on his tuxedo. "This is not only 'tradition'; this [woman] is the love of my life. My wife knows this -- my wives know this. [She] always has been, because there never will be, there aren't adjectives enough to express, in the world, how the one and only Judy -- is Judy." There was an awkward sweetness to his obviously ad-libbed words that bespoke unfeigned sincerity.

Judy wrestled with many of the same things that beset Mickey during those post-MGM years: pills, liquor, serial failed marriages. Why he battled through them and lived to 93 while she got barely more than half that is impossible to know for sure, I suppose; I expect Mickey must have wondered about it himself from time to time.

Last May, at the Classic Film Festival and Hall of Fame in Orinda, Calif., Mickey made a personal appearance to introduce a screening of National Velvet, looking as chipper and cheerful as he ever did at his very best. In the Q&A, I had a chance to ask him about those days: "You've spoken many times about the joy you had working with Judy Garland, which comes through in all your pictures together. Is there some particular memory that always springs to mind whenever you think of Judy?" His reply was succinct: "I'd rather not say."

Fair enough, Mick. After all you gave us, you're allowed to keep something for yourself. Whatever that memory is, I hope you and Judy are sharing it now. 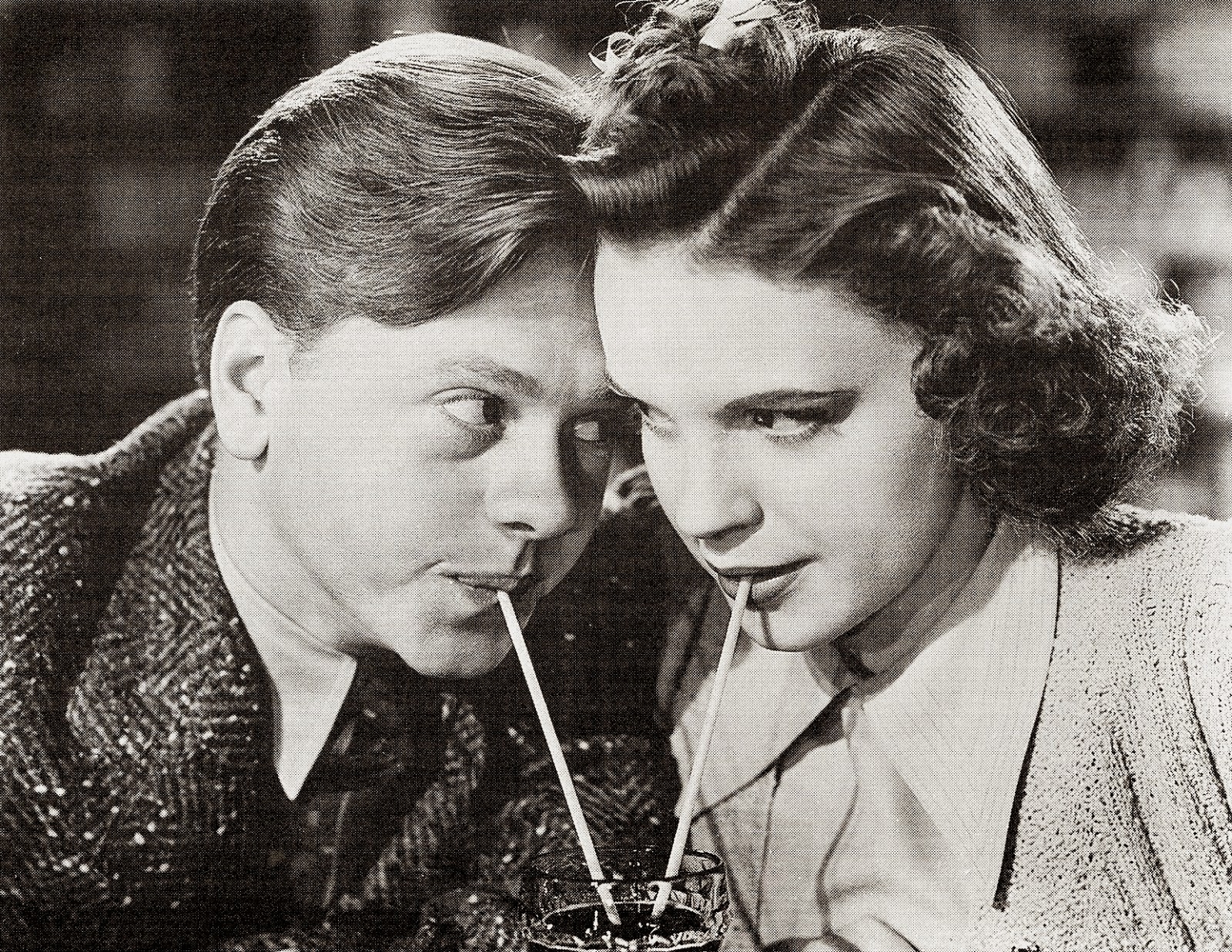 Mickey and Judy were magic.